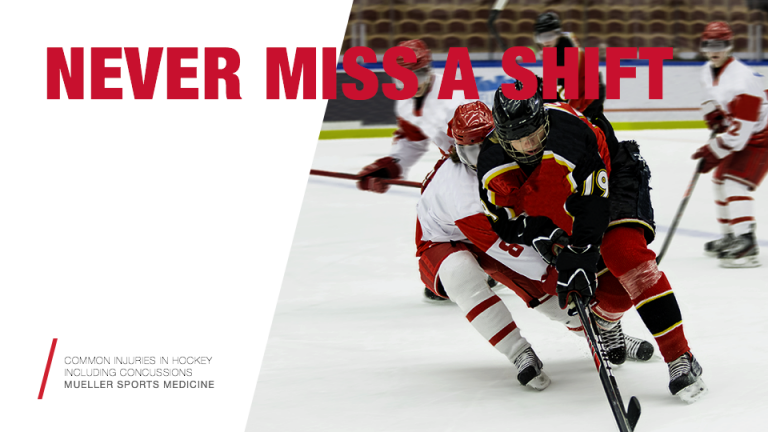 Common Injuries in Hockey Including Concussions

Common Injuries in Hockey Including Concussions 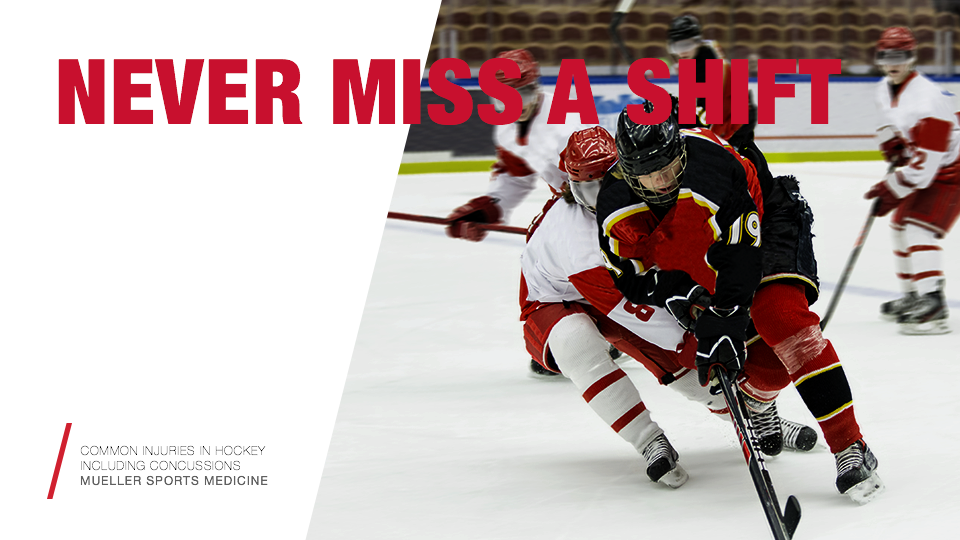 Hockey is a game where most players stay active on a constant basis while you’re in the game. There’s not really a lot of “downtime” like there might be in other games like baseball. As a result, there’s the chance for a lot of injuries. Here’s some information on both how to avoid common hockey injuries, as well as how to handle injuries as you incur them.

Injuries to Your Shoulder

A highly common injury in hockey is when you injure your shoulder. In fact, this is one of the most common out of all injuries. This is because of the tendency to skate hard in a way that introduces you to the boards, the ice, or even other players. This often includes suffering a shoulder separation or even a broken collarbone. As soon as you feel pain in your shoulder after a hard knock, it’s important to have someone take a look at it.

You’re going to want to get it in a sling if it’s separated or if there’s any danger of that. It’s also possible to decrease the chances of getting the injury, or at least receiving it again after the shoulder has fully healed. This is possible through training your shoulder strength. You can do this by doing military presses and pushups. If you build up the strength around the joint in your shoulder, it will be less likely to give you trouble in the future.

This type of injury can happen as you twist around while skating, or really through any kind of fall or another issue. Players who put on weight due to building up strength can sometimes find that they have pain in their lower back as well. As long as you’re careful, you can help to shore up against a lower back injury by lifting kettlebells or dumbbells. This can take pressure off of your spine while you’re playing.

You want that pressure to be borne by the muscles in your back instead. Another potential injury hockey players can sustain is damage to their hip joint since it’s used so much in skating. This includes both groin pain and strain the hip flexor. You can lower the risk of having hip pain by doing full stretches not just before the match, but after it too. That way you’ll be less likely to tighten up later on. If the injury is severe enough, obviously you shouldn’t push yourself when it comes to stretching after you come off the ice, but if you just feel a minor strain coming on; it can make a lot of sense to do a full stretch since you may be able to keep the area from tightening and forming a strain.

Since hockey is a sport where you depend a lot on your legs and on making a fast turn, you really depend a lot on your knees as well. This can lead to a knee sprain in your medial collateral ligament. In particular, the pushing off motion you make with your leg on the inside with your skate blade can create a strain on the knee. This is again why it’s important to be careful about overdoing it and being vigilant when it comes to before and after leg stretches, in this case including the knee.

It’s also important to not overdo it during practices and skirmishes when there are fewer officials around to carefully enforce rules designed to protect players from these sorts of injuries.

The many changes in direction during hockey games can also cause hamstring strain, just like is the case with many other sports. But this is a particularly common strain in hockey. Warm up is also critical in this case; otherwise, you’re going to risk putting too much pressure on the area too quickly.

This is especially the case since hockey often relies on you suddenly demanding explosive speed out of your body. You need to make sure that you have a balance between the strength of your hamstrings and that of your quadriceps. It’s also worth pointing out that other factors can increase your risk, such as performing in cold weather, which is certainly going to be common when you play hockey. It may not be maximally cold in a rink, but if you play outside on a pond or somewhere else during the winter, coldness is a given.

Symptoms of hamstring injuries can including feeling intense pain just on the back of your upper leg or higher. Muscle spasms in that area can also indicate that something has happened, as well as bruising, feeling that the area is tender, having it swell up, and even a popping sensation if it’s bad enough.

Staying off it when the injury is confirmed is key. You can use light medication to control swelling. In the future, it’s important to not increase the intensity of pressure you put on the area too rapidly at one time.

Head injuries are a common occurrence in hockey because of the nature of the sport. When you do a lot of skating on the ice at high speeds, especially in a way that results in a lot of collisions, having someone bang their head in the midst of all of this is going to be a major risk. In particular, a concussion is when you have a head injury but don’t lose consciousness.

At first, everything might seem fine when you get up after hitting their head. But if you start to have a headache, or you feel dizziness or anything else doesn’t seem quite right, it’s definitely important to be on the cautious side. By taking yourself out of the equation now, you’ll ensure you’ll be able to get back into it much faster if you have a concussion. Otherwise, the damage could compound and you could be not only out for a good while, but seriously hurt as well.

The key to coming back from a concussion quickly is being thorough at diagnosis. If you have any hint that this may be what has happened to you, then you should leave play and get evaluated by a professional. Since the damage could have occurred in such a way as to not be obvious, you’ll need someone who’s trained to look at signs such as your pupil’s response to light, for example.

Impacts could occur from hitting your head on the boards, the ice, or another player. All of this is to say that just because you stay on your feet, doesn’t mean that you don’t have a concussion. A helmet should go without saying at all times that you’re on the ice, but again, it doesn’t mean that you will never get a head injury. Helmets are for mitigation, not absolute negation.

One of the only ways to recover from a concussion in hockey is to rest. This means staying away from any kind of intense concentration and anything that will make your eyes move around too much such as watching action movies or sports on television. If you rest right after the concussion, such as within ten minutes, this can also be beneficial, even if you feel fine.