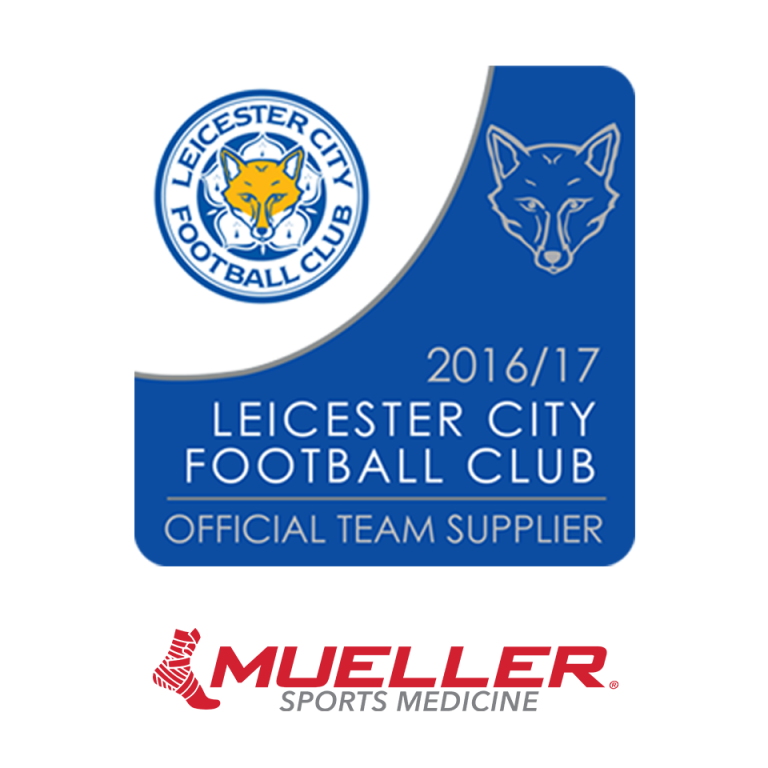 Mueller Sports Medicine is excited to be an Official Team Supplier of the Leicester City Football Club, defending champions of the Premier League. Mueller will work closely with team physiotherapists to provide them with best in class sports medicine product for player injury prevention and recovery.

“We are thrilled to establish this partnership with the Leicester City Football Club,” said Brian Koons, Marketing Director at Mueller Sports Medicine. “Leicester City had an outstanding season last year and we could not be more proud to stand with them as they work to defend their title.”

Leicester City Head Physiotherapist, Dave Rennie said: “We’re delighted to have Mueller Sports Medicine as an Official Team Supplier. Mueller is our go-to brand in the treatment room and we always trust that their products will help keep our players performing to their best.”

Mueller Sports Medicine was founded in 1959 by Curt Mueller. The company is a family-owned and operated international sports medicine company offering a complete line of patented braces, supports, tapes and taping supplies, as well as Quench® Gum. Mueller has stayed close to the changing needs of athletes, be they weekend warriors or international superstars. The mission never changes: Help athletes stay in the game, and help them perform at their peak.

Leicester City Football Club, also known as the Foxes, is an English professional football club based at the King Power Stadium in Leicester. They play in the Premier League and most recently were champions of the 2015-16 season.

The club was founded in 1884 as Leicester Fosse F.C., playing on a field near Fosse Road. They moved to Filbert Street in 1891, were elected to the Football League in 1894 and adopted the name Leicester City in 1919. They moved to the nearby Walkers Stadium in 2002, which was renamed the King Power Stadium after a change of ownership in 2011.